I competed yesterday at the Junior Master Model Build-Off at LEGOLAND. Me and 9 other adults squared off at 2:00 PM and had one hour to build something with the theme "space". I had a few ideas before going in but that was the extent of my preparation. After sizing up the available parts (we all started with identical bins and had several other bins to dig through) I had to throw out my first two ideas of a LEM and astronauts and an Apollo rocket. I moved on to do a space station. After building for a while I noticed my scale seemed too small for a space station and it was looking sorta like the Hubble. When a spectator asked if I was building a Hubble I knew it was time to shift gears again. So knowing that our dear Hubble is entering it's golden age I decided to build the next generation space telescope. We all build feverishly for one hour and everyone did an amazing job. When I saw the other models I have to admit my heart sank a little. I didn't think I had any chance. The judges came by and we talked about my creation and then they reset for the awards. After watching the other age catagories it came time for us. We all lined up and got our trophies and certificates. Then they announced the winner and I was totally stunned to hear my name announced. I won!!!

My prize package included 4 one day tickets, 4 resort memberships, 4 LEGO sets, a hat, a shirt, a book, a keychain, a meet and greet with a master model builder and a mosaic of myself. And of course, the trophy :-)

Thanks to my family for cheering me on and to LEGOLAND for sponsoring such a great event. Congrats to all the other builders, you all rocked. 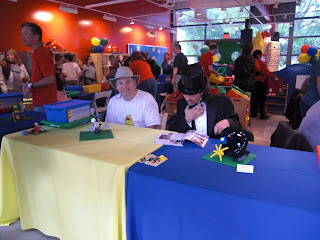 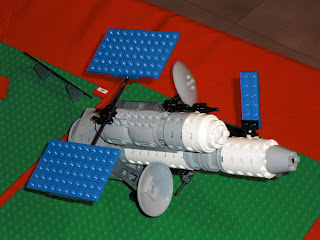 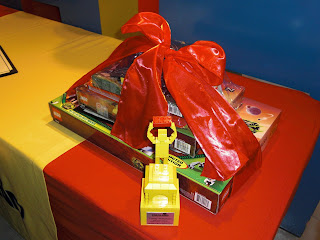